Lines have an impedance per unit length: resistance $R$ and inductance $L$ in series, conductance $G$ and capacitance $C$ in parallel:

In a differential length, the telegrapher’s equations read:

We eliminate $I$ and introduce the complex propagation constant:

where we define the characteristic impedance of the transmission line as:

In an ideal transmission line $R$ and $G$ are zero, so

In a real transmission line there is some attenuation $\alpha>0$, $Z_0$ is not purely real, and the phase velocity $c_1$ becomes weakly dependent on $\omega$

The parameters $L,C,R,G$ are geometry- and material-dependent. They also depend on the constants $\varepsilon_0$ and $\mu_0$

The ratio between $V_0^+$ and $V_0^-$ on a transmision line depend on the termination load.

The load impedance fixes the ratio between $I$ and $V$ at the end of the line, where we place our origin $z=0$ for simplicity

The input of the line + load if the line has a total length $\ell$ is, by definition, the ratio between voltage and current at $z=-\ell$: 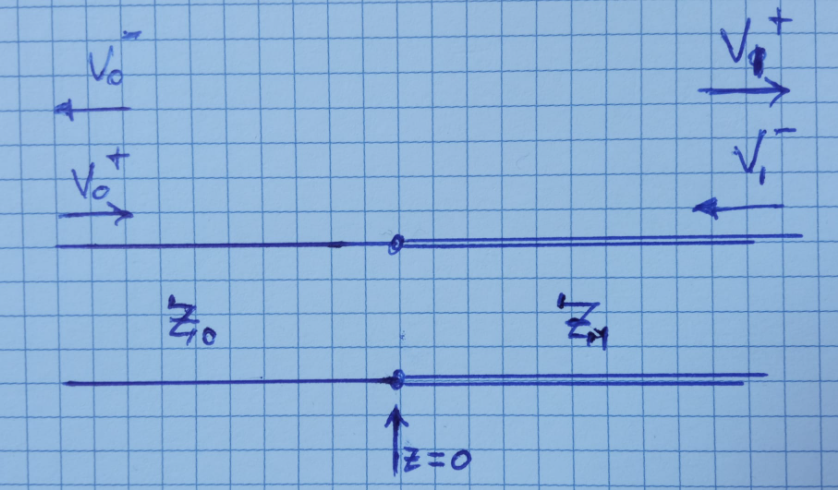 Looking from the left:

Since powers are the squares of amplitudes (e.g. voltages or currents), we can also express amplitude ratios such as $V_2/V_1$ in dB with

Electrical engineers like expressing not just ratios, but absolute quantities refered to e.g. 1 mW (for power), 1 V (for voltage), etc. Then we write: 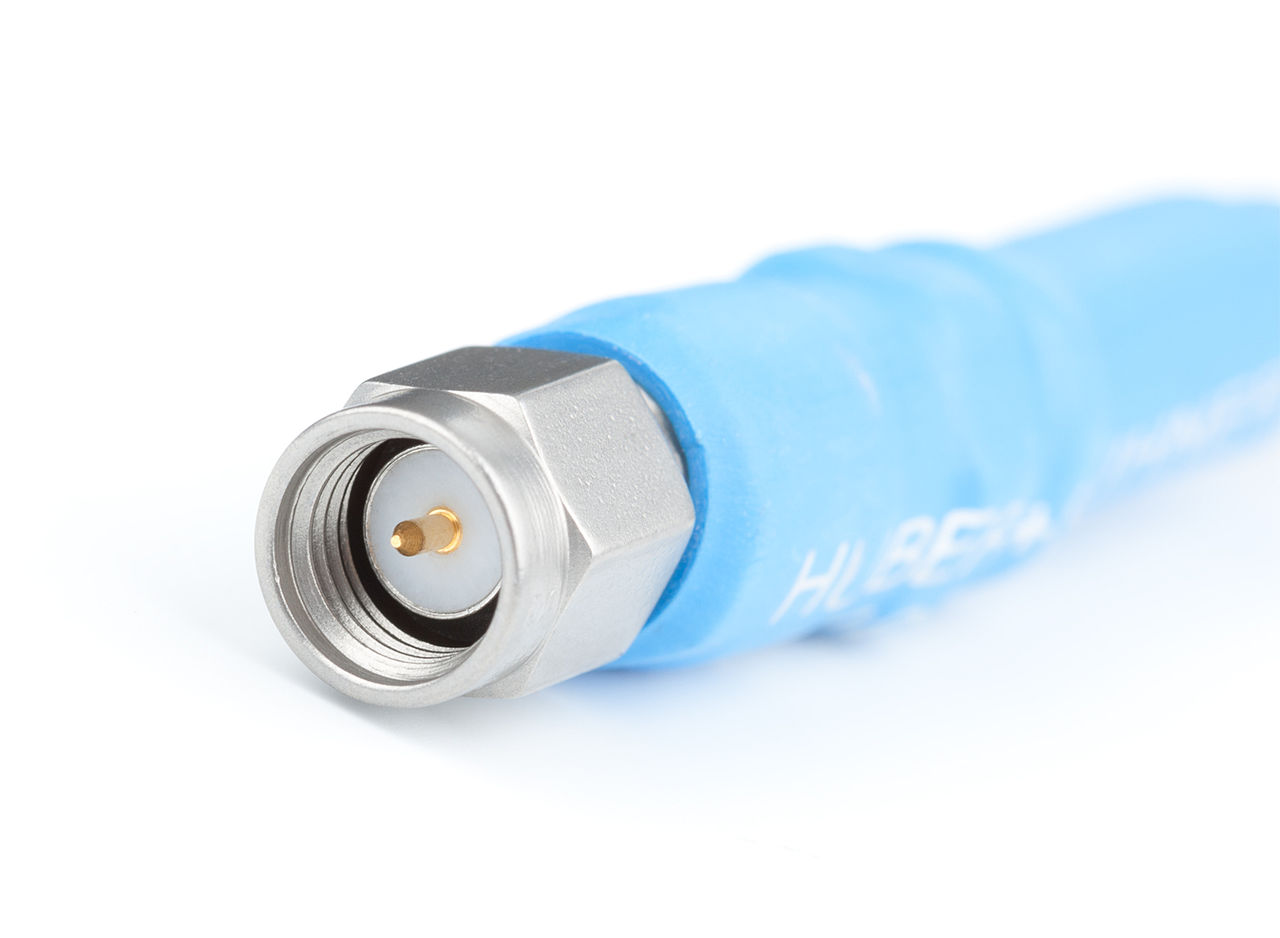 Transmission lines discussed so far are of the “unbalanced” type: the signal wire and the ground wire in the cable are physically different and serve different roles (e.g. a coaxial cable).

If the two wires are identical, they both have opposite voltage and current at each point. This is a “balanced” line, where both leads may float with respect to ground. Optionally, there may be a “shield” around the two wires playing the role of ground. This setup can be studied with two lines + ground line.

Observe that our transmission line model assumes a lumped ground with constant voltage everywhere. The real ground wire may exhibit varying voltage and current with distance.

A ground loop occurs whenever there are more than two paths to ground in a circuit. Since the wire ground loop usually has very low resistance, often below one ohm, even weak external magnetic fields can induce significant currents.

The alternating ground current flowing through the cable can introduce AC voltage drops due to the resistance, and therefore interferences.

Ground currents through the shield of a coaxial also create noise on the signal and voltage differences among the various grounds. Ground currents can be induced by external oscillating B fields or by an equipment that leaks to ground

Single-point grounding to the building and ``breaking’’ ground loops with transformers, etc, are techniques to reduce ground noise.